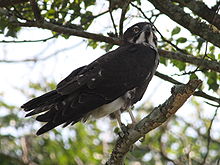 Bathawks are high on my mind at the moment, after watching one approach us through the red dusk, high above the Save river, last night. We stood transfixed and entranced, on the wooden deck of Chilo Gorge lodge, as the rare, dark shape flew at us, at eye level.

Could see the glint in its eye as it cruised past us and away downriver. Breathtaking.

This is the time of year, beginning of winter, when raptors such as Bathawks begin to explore and rejuvenate nesting sites, mostly in the forks of baobab trees.

There is a baobab growing beneath the viewpoint at The Chilojo cliffs which we are sure houses a bathawk nest…..

If we lean perilously far out and peer down, we can see a platform of twigs which looks likely….we must try to cross the Save river next week, if the water has receded enough, and go there to investigate the possibility…

Baobabs (Adansonia digitata) are documented as growing up to 28 metres circumference. We have personally measured some with larger girth.

They are low altitude trees, thriving in arid dry woodland and come in fantastic form and shapes, such as this character called ‘Quasimodo’, in Gonarezhou national Park.

baobabs are some of my favorite subjects for sketching and painting….

The flowers are bisexual, white and exquisitely frilled and ruffled, but with an unpleasant scent-perhaps they are pollinated by bats. It is believed that picking a baobab flower will result in the individual being attacked by a lion…perhaps the flowers are inhabited by spirits…

Fruit are round to oblong velvety pods, filled with seeds embedded in a white powdery pulp which, when mixed with water, makes a refreshing drink. High concentrations of tartaric acid and potassium bitartrate mean that the mixture is useful in treating fevers and scorbutic complaints.

It is reputed that a potion of water, shaken and infused with baobab seeds, will protect the drinker against crocodile attack…

As a child Clive would harvest baobab pods with his Shangaan friends. They would then sneak in to the cow herds, avoiding potentially irate cow herders, to milk a lactating cow straight into the hole they had made in their pods. Slipping away, they would then plug the holes and vigorously shake the pods to create frothy, healthy milkshakes!

The seeds can be dried, roasted and ground to make a mild tasting coffee substitute.

If a pod is young and fresh, I like to suck the seeds clean of powder, and then crunch up the delicious young seeds as well.

Excessive harvesting of baobab pods for human consumption in populated areas results in no seeds being left to germinate in the wild and many communities that are surrounded by 1000 year old baobabs have, sadly, no young trees growing to continue the lineage.

Many animals relish the fruit-if they can break into it-

Baboons are specialists in collecting the pods and piercing the hard shell with their long canine teeth-and a troop will strip a tree in hours, unless the trunk is just too smooth and slippery for them to climb. Many times we have laughed ourselves to weakness, watching enterprising baboons flee from a fruiting tree clutching one pod under each armpit, one in a hand, and one gripped between the teeth!

When the seeds germinate, which they do easily, they produce a carrot shaped shoot and root which ,when it is young-up to about six inches long- is a delicious crunchy snack for humans and other animals.

Young baobabs in the field are often unrecognized as such by passers by- they do not look like typical “baobabs” until a few metres high.

Leaves are shaped like hands-hence the latin name digitata-“fingers”. Young leaves are cooked as relish by some communities.

The fibrous”bark” of the baobab, water and mineral-rich, can be stripped and chewed by humans in times of drought. Animals such as elephants relish this fibre, gouging it from the trees to such an extent that often they erode the tree to a thin girth and the tree collapses.

The bark is stripped in panels from younger trees by villagers to be pounded into soft fibres for rope and mat making. This is a traditional and skilled use of a natural product to provide human needs, but commercialization of the beautiful rugs so produced in the city centres has resulted in heavy demand on baobab populations, and over- zealous harvesting of panels of fibre results in some trees being more susceptible to sooty mould disease.

Old trees collapse into mounds of fibrous pulp when they die.

Baobabs have been known to burst into spontaneous combustion after being killed and dried by frost.

Recent carbon dating suggests that there may be annular growth rings of a sort, although baobabs do not have bark as other trees do. 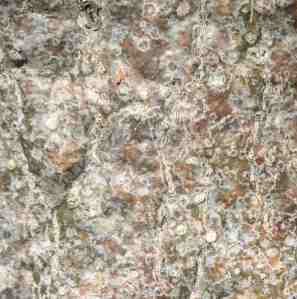 I liken baobab skin to that of elephant skin-tones of grey, purple, orange and pink combine with lichen and mottling, wrinkles and folds, warts and protuberances, giving a monumental impression of pachyderm limbs and torsos!

Older baobabs almost always become hollow-sometimes fire hollows them, sometimes hollows seem to naturally develop. Over the centuries these hollow baobabs have been used by humans as places of hiding, of refuge, of burial or storage. Often the fork of the branches will contain cup shaped depressions or holes, where water lies for the thirsty traveler.

The shade of a large baobab seems always cooler than that offered by other trees, especially if you lean your weary back against it…but be wary of disturbing the bees which will inevitably have a busy, dripping nest in one of the crevices high above you, out of reach of marauders such as honey badgers. Often the shiny surface of a mature baobab will be pitted with regular, round peg holes, leading from the ground directly up to bee nests. These are relics of the traditional local honey collectors, who brave the sheer, slippery heights and the angry bees to drive wooden pegs methodically up the trunk. Clambering agilely upwards, they smoke out the bees with smoldering leaves in a clay pot carried on the wrist, then letting down another pot full of glowing golden honey to eager helpers far below.

The many hollows and forks of a baobab provide home to a myriad of creatures-ground level holes shelter porcupines, hyenas, honey badgers, and civets. Higher holes house genets, lizards, snakes, and the occasional leopard! A certain species of gecko lives only in the crevices of baobabs. I have often found Giant African land snails tucked neatly into deep wrinkles in the baobab trunk, hiding out the dry winter months. As for the birds that inhabit baobabs, the list is endless. Vultures nest in flat constructions atop the tree and in forks, as do many large eagles, such as the Martial eagle and the Walberg’s eagle. Red billed buffalo weavers build untidy condominiums towards the end of sturdy branches. I have seen Giant eagle owls nest atop these.

In Senuko Wildlife Reserve, a few years ago, I was privileged to view a Bat hawk’s nest on the smooth long limb of a spreading baobab. Conveniently, many bats roosted in hollows in that baobab-so the bat hawk would have had it’s nest just above the local delicatessen!

This year, and last, Clive and I have watched a bat hawk regularly as it wings its way down the Save river at dusk and flies past us on the deck at Chilo Gorge Lodge. We have even seen it catch a bat in mid air close to our upturned faces! On that particular occasion the Bat hawk did not immediately eat the bat on the wing, as is their habit, but took the catch straight back up river, in such a determinedly straight line that we thought it must be heading back to a nest of hungry chicks, nestled on the fork of some large baobab…

Mosque swallows prefer baobab holes above all else, as do Mottled and Bohm’s spinetails, which nest inside the larger cavities, clinging to the dark, silky inner wall like bats. This photograph is of the ‘Hunters baobab’ near Tembweharta pan in Gonarezhou, where we have discovered spinetail nests in the dark interior.

Ground hornbills use the same nest in particular trees year after year, as do other species of hornbills and all the species of lowveld parrots. White browed sparrow weavers, Red headed weavers, the list goes on and on….

A baobab tree, such as this magnificent specimen on the Chipinda Pools-Chilojo Cliffs road in Gonarezhou, supports provides a total environment, a unique ecosystem which supports a huge variety of life. All in danger of being lost if we do not protect our existing baobabs and nurture new generations of these incomparable trees. Elephants are endangered worldwide but do exist in large populations in our wild areas, and it takes a sixty year old elephant, in time of drought, to decimate a two thousand year old baobab!

Which species, elephant or baobab, is the more endangered? As humans we need to modify our harvesting of fibre and pods, and we need to plant baobabs in suitable areas.

1 Response to Bathawks and Baobabs