Posted on September 22, 2014 by wineandwilddogs 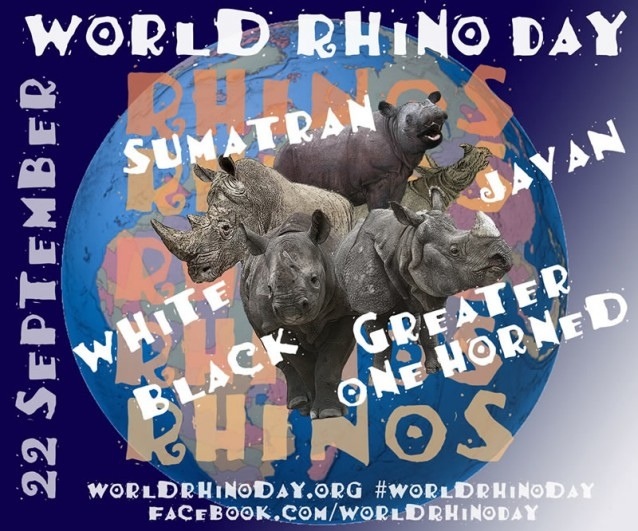 Read this message from Elsabe Van Der Westhuizen of Frankfurt Zoological Society, September 2013:
“Together, Zimbabwe Parks and Wildlife Management Authority (ZPWMA) and Frankfurt Zoological Society (FZS) are making plans to re-introduce rhinos in the Gonarezhou National Park.
It is planned to create an intense rhino protection zone in Gonarezhou National Park in the future. Tremendous efforts are required to secure the future for the black Rhino in Zimbabwe and we think strategic rhino re-introductions may be necessary to continue establishing viable wild rhino populations in their natural habitat. The IUCN Species Survival Commission published guidelines for the re-introduction of different species, including the rhino. In these guidelines the term “re-introduction” is defined as an attempt to establish a species in an area which was once part of its historical range, but from which it has been extirpated or become locally extinct.
Gonarezhou National Park (GNP) is the second largest protected area in Zimbabwe after Hwange National Park, covering an area of 5,053 km2 in the southeast lowveld of Zimbabwe and sharing an international boundary with Mozambique. GNP, which has been part of the Great Limpopo Transfrontier Park (GLTP) since 2002, lies within the Greater Limpopo Transfrontier Conservation Area (GLTFCA). GNP contains many animals of conservation significance, some which are considered rare in Zimbabwe, e.g. pangolin, bat-eared fox, African wild dog, roan antelope and nyala, among the larger mammals.
GNP is probably one of the few protected areas where black rhino went locally extinct twice – first, sometime during the late 1930’s or 1940’s due to sport hunting, poaching and conflict with an expanding agriculture sector and human population. A second extinction occurred when a population of 77 founder rhinos, reintroduced in 1969-71, went locally extinct in 1994 after reaching a population peak in excess of 100 animals. This second extinction was mainly due to poaching and the 1991/92 drought.
Primary objective is to to re-introduce founder populations of black (and possibly white rhino) which will be the start of the re-establishment of a free ranging rhino population in the Gonarezhou National Park.
There is a future for rhinos in Zimbabwe. They should live where they belong, which of course includes Gonarezhou National Park.”

As an artist I have been so privelidged to live in “rhino country” , in the Save Valley Conservancy, and to have the inspiration of these great beasts around me……
Here is one of my paintings, “Black Rhino” oil on stretched canvas, 100 x 130 cm:

Read my previous blog, “Extinction is Forever- Russet Rhinos must survive” for more information on the organizations who go to such great lengths in their efforts to save our Zimbabwean Lowveld rhinos:
https://wildlifeandwilddogs.wordpress.com/2014/08/29/2483/

Plus visit The Malilngwe Trust Facebook to see the wonderful initiatives they are creating to raise awareness of rhinos in rural schools, including a poetry competition!
https://www.facebook.com/themalilangwetrust

Houston Zoo, in Texas, will celebrate World Rhino Day on September 20 through September 22. Some proceeds from activities at Houston Zoo will benefit the Lowveld Rhino Trust, which is helping to educate schoolchildren in Zimbabwe about rhinos and other animals.

In addition the Houston Zoo has a call to action this weekend:
“Be a Rhino Hero: Donate a Wildlife Book!
Directly contribute to saving rhinos in the wild by bringing in a new or gently used book about wildlife to donate to our friends in the field who are protecting rhinos in Africa. These books will be used to educate local communities in Zimbabwe about their amazing wildlife. Each person that donates a book will receive a rhino conservation bracelet AND a Houston Zoo Conservation Hero pin!”

Houston Zoo is a leading organization in wildlife conservation. I have spent many happy hours sketching rhinos there, and I know that this will be a great World Rhino Day Celebration!

Fossil Rim (Endangered species breeding programme and wonderful game park), in Glenrose, Texas, is another excellent facility which I have visited. They will celebrate World Rhino Day 2014 on Saturday, September 20. Well done Pat Condy and team!