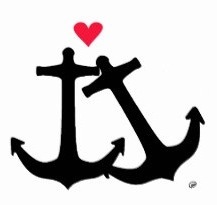 Anton has tranferred from his original ship, which he dearly loved … Independence of the Seas….

Anton and Independence of the Seas

to The Norwegian Getaway ship, based out of exciting Miami, still cruising the exquisite beaches of the Caribbean….what a pretty ship!

The Norwegian Getaway what a Cruise Ship….!

He is making his mark out there in paradise…. 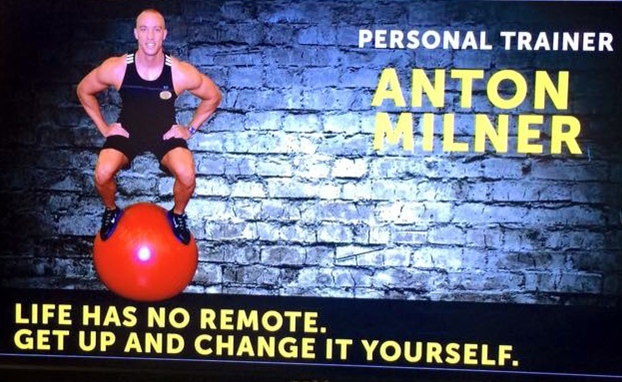 From the beaches of Tahiti and Hawai’i to this icy wonderland….!

Seattle is the base from which she now sails, would love to see that city….and she says it is very beautiful, even if it is raining all the time! 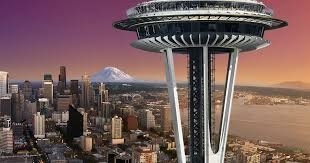 Ketchikan is the southeasternmost city in Alaska.

The Totem Heritage Center is a museum operated by the City of Ketchikan, and houses one of the world’s largest collections of unrestored 19th century totem poles.

In addition to functioning as a museum, the Totem Heritage Center also preserves and promotes the traditional arts and crafts of the Tlingit, Haida, and Tsimshian cultures through a nationally-recognized program of Native Arts classes and other activities.

Totem poles are traditionally carved from cedar trees, and because of decay, not many examples remain from before the 1900s. However, records show that native tribes from Alaska were crafting a variation of these poles, somewhat smaller and simpler, before Europeans had set foot on their land. At first, European explorers believed that totem poles were pagan symbols or objects of worship. This theory was spread so widely that many still hold it to be true. However, while totem poles do have ceremonial value, they never carried any religious weight.

Different types of totem poles are created for different reasons, but there are five main ones:

Shame poles, or ridicule poles, were erected to humiliate and disgrace a person that broke their word, did not pay an owed debt, or otherwise behaved dishonorably. These poles were placed in very public places, so that many people could see them. If the person changed their ways, or made amends, the poles were not only taken down, they were also destroyed.

Mortuary poles are carved when a person of high caste died. These poles had a hole in the back which fit a box in which the ashes of the deceased were placed.

Memorial poles were made in order to honor dead clan members. The poles were reserved for important members, such as leaders. Memorial poles were integral in society, for the next leader of the clan could not take charge until he had commissioned and erected a pole in the former leader’s honor.

House posts or pillars were carved with symbols of family histories. Some posts and pillars were architectural and provided support to the main beams of the house, while others simply rested against the supporting pillars of the house. Pillars were easier to move, and were used more than posts in Tlingit clans.

Heraldic or crest poles rested in front of a house and displayed the clan crest. Some poles that date back earlier include the portal pole, which acted as a ceremonial entry to the house. Crests on portal poles indicated the clan’s geographic origin, genealogy or events in family history.

Totem poles also depict traditional narratives, often telling creation or origin myths. For example, there are many totems poles depicting the story of how Raven stole the sun. This is a story told in many tribes, and even though the details change from place to place, most totem poles depict the same characters.

Raven Steals The Sun, Stars And Moon
In the beginning there was no moon or stars at night. Raven was the most powerful being. He made all of the animals, fish, trees, and men. He had made all living creatures. But they were all living in darkness because he had not made the sun either.

One day. Raven learned that there was a chief living on the banks of the Nass River who had a very wonderful daughter who possessed the sun, the moon, and the stars in carved cedar boxes. The chief guarded her and the treasure well.

Raven knew that he must trick the villagers to steal their treasure, so he decided to turn himself into a grandchild of the great chief. Raven flew up on a tall tree over their house and turned himself into a hemlock needle. Then, as the needle, he fell into the daughter’s drinking cup and when she filled it with water, she drank the needle. Inside the chief’s daughter, Raven became a baby and the young woman bore a son who was dearly loved by the chief and was given whatever he asked for.

The stars and moon were each in a beautifully carved cedar box which sat on the wood floor of the house. The grandchild, who was actually Raven, wanted to play with them and wouldn’t stop crying until the grandfather gave them to him. As soon as he had them Raven threw them up through the smokehole. Instantly, they scattered across the sky. Although the grandfather was unhappy, he loved his grandson too much to punish him for what he had done.

Now that he had tossed the stars and moon out of the smokehole, the little grandson began crying for the box containing the sunlight. He cried and cried and would not stop. He was actually making himself sick because he was crying so much. Finally, the grandfather gave him the box.

Raven played with the box for a long time. Suddenly, he turned himself back into a bird and flew up through the smokehole with the box.

Once he was far away from the village on the Nass River he heard people speaking in the darkness and approached them.

“Who are you and would you like to have light?” he asked them. They said that he was a liar and that no one could give light. To show them that he was telling the truth, Raven opened the ornately carved box and let sunlight into the world. The people were so frightened by it that they fled to every corner of the world. This is why there is Raven’s people everywhere.
Fabulous. Artwork by Elspeth MaClean:

Lin Barrie The Save Valley Conservancy stretches along the upper reaches of the great Save River in the south east of Zimbabwe. The Gonarezhou National Park laps against the southern banks of the Save River and between these two nestles the Malilangwe Wildlife Reserve. These three celebrated wildlife areas form part of the Greater Limpopo Transfrontier Conservation Area, (GLTFCA)- a unique wilderness jewel which is home to the “Big Five” (endangered Black and White rhinos, elephants, buffalo, lion, leopard) and the ”Little Six” (Klipspringer, Suni, Duiker, Steenbok, Sharpe's Grysbok and Oribi). Endangered African wild dogs, Cheetah, Brown hyena, Bat-eared foxes and a host of special birds and plants contribute to the immense variety of this ecosystem. Communities around the GLTFCA contribute to innovative partnerships with National Parks and the private sector, forming a sound base on which to manage social, economic and environmental issues. This is home to artist and writer Lin Barrie and her life partner, conservationist Clive Stockil. Expressing her hopes, fears and love for this special ecosystem with oil paints on canvas, Lin Barrie believes that the essence of a landscape, person or animal, can only truly be captured by direct observation. Lin Barrie states: “Through my art, and my writing, I feel an intimate connection with the natural world, and from my extensive field sketches of wild animals, people and landscapes, I create larger works on canvas. Lin's work is in various public and private collections in South Africa, Kenya, Zimbabwe, Australia, England, Canada, Sweden and the United States of America. She is represented by galleries in South Africa, Zimbabwe, England, Kenya and Florida, USA.
View all posts by wineandwilddogs →
This entry was posted in adventure travel, African child, Alaska, beauty, bio diversity, Caribbean travel, cruise ships, culture, family, French Polynesia, Hawai'i, love, Miami, travel, wilderness, wolves, wood sculpture and tagged Alaska, Anton Milner, art, cruise shipos, fiancees, Kelli Barker, miami, nature, photography, totem poles. Bookmark the permalink.