Kodiak Bears and Kelli eat salmon in Alaska….While Anton steams in the Caribbean…

Posted on September 17, 2015 by wineandwilddogs

Wow, from the heat of Hawaii’ and the South Seas, including  remote Fanning Island, Kelli is now in the wilds of  Alaska…after having found a dream Vera Wang wedding dress in Seattle! No sneak previews of the dress!

While Anton sails the Caribbean, Kelli is 5000 miles away….what a long contract this has been for the two of them…nearly finished now! 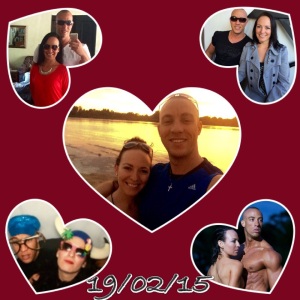 Kelli in a cold place… 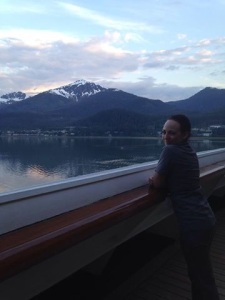 Kelli in a cold place!

Anton in a HOT place…. 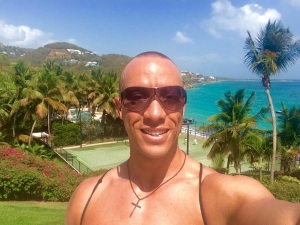 Anton in a sunny place

Soon the two sailors will be home from the sea… 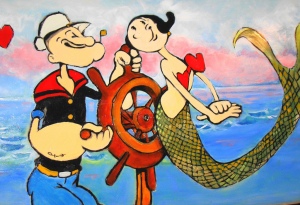 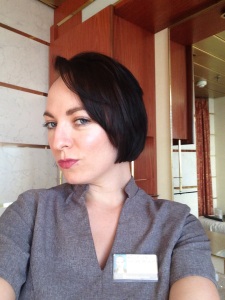 and look at the gorgeous treatment bed Kelli sets up- wish I could have one of those facials right now…. 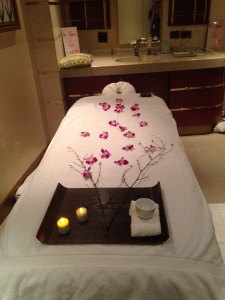 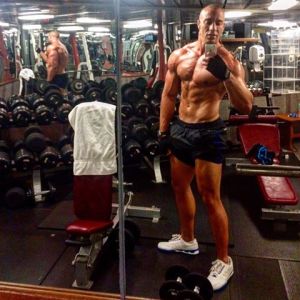 Anton in the gym

Sitka, Alaska, is on Kelli’s route, 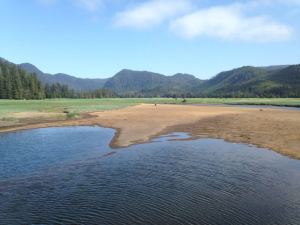 and remote Kodiak Island is one of her haunts… 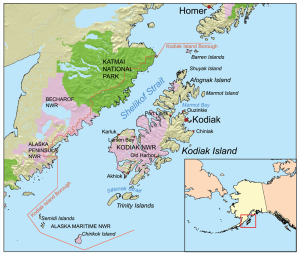 Stunning, huge Kodiak bears are found only on the islands in the Kodiak Archipelago off the south coast of Alaska. Wonder if she will see any or if she will be snoozing in port after long working hours…!!? 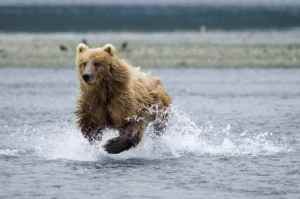 These awesome bears are believed to have been isolated there since the last Ice Age over 10,000 years ago. Because of the abundance of food on Kodiak Island, they have smaller home ranges than any other brown bears and have no need to defend territories. Starting in May, the bears feast on a salmon run that lasts into October. All five species of Pacific salmon run wild throughout most of Kodiak Archipelago. 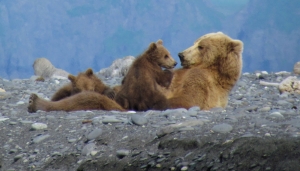 Even if she does not see any, Kelli joins them in feasting on salmon…her last chance before coming home to landlocked Zimbabwe!

Kodiak Bears – Bears Of The World

For Kelli and Anton… 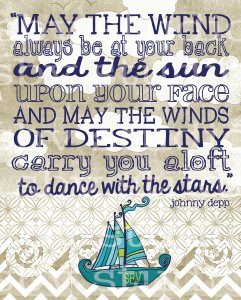 Lin Barrie The Save Valley Conservancy stretches along the upper reaches of the great Save River in the south east of Zimbabwe. The Gonarezhou National Park laps against the southern banks of the Save River and between these two nestles the Malilangwe Wildlife Reserve. These three celebrated wildlife areas form part of the Greater Limpopo Transfrontier Conservation Area, (GLTFCA)- a unique wilderness jewel which is home to the “Big Five” (endangered Black and White rhinos, elephants, buffalo, lion, leopard) and the ”Little Six” (Klipspringer, Suni, Duiker, Steenbok, Sharpe's Grysbok and Oribi). Endangered African wild dogs, Cheetah, Brown hyena, Bat-eared foxes and a host of special birds and plants contribute to the immense variety of this ecosystem. Communities around the GLTFCA contribute to innovative partnerships with National Parks and the private sector, forming a sound base on which to manage social, economic and environmental issues. This is home to artist and writer Lin Barrie and her life partner, conservationist Clive Stockil. Expressing her hopes, fears and love for this special ecosystem with oil paints on canvas, Lin Barrie believes that the essence of a landscape, person or animal, can only truly be captured by direct observation. Lin Barrie states: “Through my art, and my writing, I feel an intimate connection with the natural world, and from my extensive field sketches of wild animals, people and landscapes, I create larger works on canvas. Lin's work is in various public and private collections in South Africa, Kenya, Zimbabwe, Australia, England, Canada, Sweden and the United States of America. She is represented by galleries in South Africa, Zimbabwe, England, Kenya and Florida, USA.
View all posts by wineandwilddogs →
This entry was posted in adventure travel, African child, beauty, bio diversity, grizzly bear, kodiak bear, travel, wedding and tagged alsaka, animals, Anton Milner, bald eagle, beauty treatment, Caribbean, fitness trainer, food, Gym, humpback whale, Kelli Barker, kodiak bear, kodiak island, Popeye, salmon, ship cruise, vera wang wedding dress, wedding, zimbabwe. Bookmark the permalink.